Despite the popular expression, a blue moon isn’t as astoundingly rare as one might expect. It also isn’t blue.

Friday night’s moon is being called a blue moon because it is the second full moon occurring in one month — the first was on July 2. The occurrence happens about every 30 months, according to an astronomer.

The modern definition of a blue moon just means an extra full moon, whether one month has two full moons or one quarter of a year, or season, has four instead of three.

But before the 1940s, the Maine Farmer’s Almanac offered a much more complicated explanation of a blue moon that relied on in-depth knowledge of ecclesiastical dates, tropical years and the timing of the seasons, according to NASA, which reported that even astronomers had difficulty interpreting the definition.

Related: It’s a Blue Moon Rising: Some Facts to Impress Your Friends

One such amateur astrologer and author, James Hugh Pruett, published an article in Sky & Telescope called “Once in a Blue Moon,” in 1946. Citing the 1937 Maine almanac, he wrote that according to his interpretation of the complex definition, a blue moon was the second full moon in one month, according to NASA.

Pruett’s interpretation was wrong, but it was simple. And so it stuck.

A full moon, known as the Blue Moon, is seen over the Staten Island Ferry while it makes its way to New York July 31, 2015. EDUARDO MUNOZ / Reuters

A truly blue-colored moon, which isn’t actually called a blue moon, actually is a rarity and is usually the product of a volcano or wildfire sending particles into the air. The particles only allow blue light to filter through, according to NASA.

A blue moon, like the one happening Friday night, comes along once every 2 ½ years, said Bob Berman, an astronomer and the author of “Zoom, How Everything Moves.”

He pointed out that the current definition of a blue moon has no “traditional folklore, Native American, nor science or astronomy support.”

“Professional astronomers, and most backyard amateurs, pretty much ignore it,” Berman told NBC News. “But it’s harmless, isn’t it?” 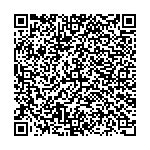 Blue Moon: What Makes It So Special

See the Best Photos of Friday’s Blue Moon, From NYC to Seattle
Scroll to top