Police carry a piece of debris from an unidentified aircraft found in the coastal area of Saint-Andre de la Reunion, in the east of the French Indian Ocean island of La Reunion, on July 29. (Yannick Piton/AFP/Getty Images)

The moribund search for missing Malaysia Airlines Flight 370, which disappeared in March 2014, flickered back to life with the discovery of a piece of debris some believe belonged to the Boeing 777 jet, which was carrying 239 passengers and crew. The object, said to be part of a wing, was found on the eastern shore of the Indian Ocean island of Reunion.

That debris puts the remote isle, nearly 600 miles east of Madagascar, at the unlikely center of one of the world’s most drawn-out and tragic sagas. The search for MH370 has involved the air forces of a number of Southeast Asian states, Australian naval patrols and a host of other international actors spanning a significant stretch of the planet. More than half of those on board the flight were Chinese nationals.

Reunion’s role in all this is still very small. Because the island is technically part of France — it is classified as an overseas department — investigators are sending the debris for further study thousands of miles away to the southern French city of Toulouse, the site of the nearest office for France’s air accident investigations agency.

Amid the global media hubbub, local journalists on the Indian Ocean island have enjoyed the unfamiliar spotlight. Here’s one TV broadcaster’s quip in English:

Reunion sends seven deputies to France’s National Assembly; its inhabitants, who number fewer than 1 million, are full citizens of France.

Despite its distance from France, the island has been at the heart of a lot of world history. It was first claimed by Portuguese seafarers in the early 16th century, but later fell into the hands of the French, who in the mid-18th century named it “Ile Bourbon” after the monarchical house then ruling in Paris.

But that name didn’t last long. The French Revolution ousted the Bourbons from their palaces, and jettisoned the royal name from this Indian Ocean isle. The new name selected by revolutionaries — “Reunion” — was swapped for “Bonaparte” during the Napoleonic wars and then restored briefly to Bourbon following a short-lived British occupation — until it returned, this time for good, in 1848.

In its centuries of colonial rule, Reunion was a way-station for traders in the southern Indian Ocean, saw numerous shipwrecks and was where one of France’s notorious pirates was hanged in the 18th century.

The abolition of slavery saw an influx of tens of thousands of indentured laborers from what’s now India to France’s colonial possessions in the Indian Ocean, giving the island, like nearby Mauritius, a rich, diverse religious and ethnic make-up.

Political concerns in Reunion are not too different from those of the French mainland — its voters participate in European elections and some even support some of the continent’s most xenophobic politicians.

Recently, Reunion’s been in international headlines because of shark attacks and an even more grave threat: the likelihood of an imminent volcanic eruption.

As the international media descended on the island, Reunion’s geological observatory reported a huge spike in seismic activity in the island’s active volcano, known as Le Piton de la Fournaise (the “peak of the furnace”). It’s already blown its lid a number of times this year. Authorities evacuated tourists and locals from its surrounding areas Thursday. Our local correspondent urged foreign journalists to pay attention.

If the debris found in #ReunionIsland are not from #MH370, i hope International Medias will talk about our volcano. Eruption soon ! 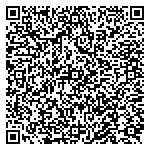 Aurora found beyond our Solar System

Blue Moon: What Makes It So Special
Scroll to top