This article was originally published on this site
A blue moon rises behind Brooklyn seen from Liberty State Park in Jersey City, N.J., July 31, 2015.

There’s a reason why “once in a blue moon” is a saying and Friday night proved it.

A blue moon is defined as any time there is a second full moon during a calendar month, according to NASA. While most years have 12 full moons, this year has 13.

Here are some of the best Blue Moon photos from Friday night, from Washington D.C. to Seattle:

Friday’s full moon was a #BlueMoon to remember – have a great weekend everyone! pic.twitter.com/wkMkvp11L7

Having a blast photographing the #bluemoon tonight in #WashingtonDC @PoPville @capitalweather pic.twitter.com/FM3sUqV3dz

Don’t let the name fool you, though. Blue moons are very rarely blue. Most are pale gray and white, resembling a moon on any other night.

A truly blue colored moon can occur on rare occasions, according to NASA, with most being spotted after volcanic eruptions. 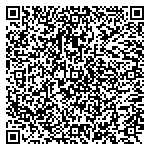 The Story Behind Tonight’s ‘Blue Moon’