SYDNEY, Australia — The airplane part that washed up last week on a French island in the Indian Ocean is definitely a piece of Malaysia Airlines Flight 370, Prime Minister Najib Razak of Malaysia said on Wednesday. The discovery provided investigators and families of the victims with the first tangible trace of the ill-fated flight.

A person involved in the investigation said, however, that experts from Boeing and the National Transportation Safety Board were not yet fully satisfied that the part had indeed come from Flight 370, and called for further analysis before reaching a definite conclusion.

Their doubts were based on a modification to the part, known as a flaperon, that did not appear to exactly match what they would expect from airline maintenance records on a Boeing 777, according to the person, who requested anonymity because the person was not authorized to discuss the matter publicly.

The person said that French and Malaysian officials did not share the Americans’ hesitation, not least because no other Boeing 777s are unaccounted for.

Interactive Feature | Breaking News Emails Sign up to receive an email from The New York Times as soon as important news breaks around the world.

“The international team of experts have conclusively confirmed that the aircraft debris found on Reunion Island is indeed from MH370,” Mr. Razak said in a televised statement broadcast shortly before the Paris prosecutor’s office planned to hold a news conference the matter.

Experts have cautioned that the discovery of the object was unlikely to tell investigators enough to determine exactly what happened to the plane.

The aircraft mysteriously vanished with 239 people aboard in March 2014 while on a flight to Beijing from Kuala Lumpur. Less than an hour after takeoff, it veered off its planned route and stopped communicating with ground controllers. Radar data and satellite signals showed that it flew west across the Malay Peninsula and then south over the Indian Ocean, where it is presumed to have run out of fuel and crashed in very deep water, killing everyone aboard.

Months of extensive air and sea search efforts failed to find any trace of the aircraft. The authorities in Malaysia and Australia, which is leading the search, reacted cautiously after the discovery on Réunion, wary of raising hopes after previous false leads.

Graphic | How Missing Jet’s Debris Could Have Floated to Réunion This animation shows where floating debris from Malaysia Airlines Flight 370 could have drifted if experts are correct about where the plane went down.

There was much interest in China, where the authorities struggled in the days after the crash to contain anger among the families of the 153 Chinese citizens who were on board. After a year of searches and false leads, relatives of the passengers greeted news of the discovery of the plane debris with caution. And state news media warned that even if the debris proved to have come from Malaysia Airlines Flight 370, the body of the plane was still missing.

But confidence grew as it became increasingly clear that the wing flap was from a Boeing 777, as Flight 370 is the only aircraft of that kind known to be missing. The debris was identified as part of the flaperon, a section on the wing that helps stabilize the plane while flying at low speeds as well as during takeoff and landing.

Réunion was thrust into the international spotlight after the discovery, prompting many on the island to scour its beaches for more clues. No other debris has been confirmed as coming from the flight.

Malaysian authorities said last week that they were seeking help from countries near the French island, asking to be notified if debris washes up on their shores. Experts have warned that the time elapsed since the flight disappeared, and the complex patterns of ocean currents and sea winds, will make it extremely difficult to trace the debris back to more wreckage.

Officials said the discovered piece, made from composite materials enveloping a lightweight honeycomb interior, could float for months, unlike other parts of the plane, which are most likely at the bottom of the ocean.

The local authorities in Réunion have directed all inquiries to Paris, but they continue to be deluged with other reports of debris — much of it just flotsam that has washed ashore over the years.

The island of Réunion rises high from the sea, with an active volcano on one end and a mountain rising roughly 10,000 feet above sea level on the other.

The 130 miles of coastline are dominated by cliffs and rocky shores, making much of the area difficult to search.

After the discovery of the wing, helicopters were sent to the area, but people involved in the search said it had quickly become clear that such an effort would be of limited value given the vast area where wreckage might be.

Another Malaysia Airlines jet, Flight 17, was shot down over a rebel controlled part of eastern Ukraine on July 17, 2014, killing all 298 people on board.

Last month, Russia blocked a United Nations Security Council resolution that would have created a tribunal to prosecute and punish those found responsible for shooting down the jet, which is believed to have been hit by a missile while flying to Kuala Lumpur from Amsterdam. 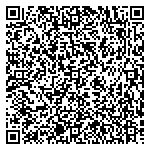 Ecuador Declares State of Emergency Over Volcano
Scroll to top