Here are some details about this live volcano eruption event

There were no significant changes during the month of June 2015.

No earthquakes were located beneath Haleakalā (East Maui) volcano within the past month. 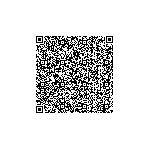 Aurora found beyond our Solar System
Scroll to top