This article was originally published on this site
There is a blue moon on Friday.

There’s a reason why “once in a blue moon” is a saying and tonight will prove it.

A blue moon is defined as any time there is a second full moon during a calendar month, according to NASA. While most years have 12 full moons, this year has 13.

Don’t let the name fool you, though. Blue moons are very rarely blue. Most are pale gray and white, resembling a moon on any other night.

A truly blue colored moon can occur on rare occasions, according to NASA, with most being spotted after volcanic eruptions. It’s also possible Friday’s moon could be red.

“Often, when the Moon is hanging low, it looks red for the same reason that sunsets are red, NASA explains. “The atmosphere is full of aerosols much smaller than the ones injected by volcanoes. These aerosols scatter blue light, while leaving the red behind.”

Step outside at sunset to check out the blue moon, then if you’re so inclined, go ahead and celebrate by doing something you only do “once in a blue moon.” You do have an excuse, after all. 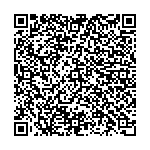 The remote French island that relaunched the search for MH370

The Story Behind Tonight’s ‘Blue Moon’
Scroll to top